Xperia Z4, you are late sweetheart! 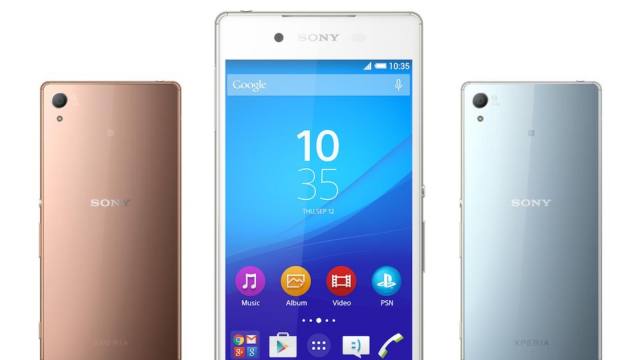 Sony, on Monday, unveiled the new Xperia Z4 in Japan even after the continous aggravation of its mobile business. Xperia Z4, it seems, is Sony’s desire to make a memorable exit.

The new flagship phone, as of now will only be released in Japan somewhere in the middle of the year. Sony has refused to state the lauch date, details on carrier partners or cost.

The phone is slightly thinner than its predecessor, Z3 and it will be available white, black, copper and aqua green color variants. No compact edition of this giant has been announced till now. The Japanese giant has realized that along with concentrating on cost cutting, it should also come up with new phones if it wants to delay its exit from the mobile market.

Hiroki Totoki, who was appointed last year to change the fate of Sony’s mobile division has announced that the launch of the new Xperia Z4 is Sony’s answer to its biggest competitors, Apple and Samsung. Hiroki has clearly stated, “There’s a broad variety in the prices of smartphones, from around $100 to $1,400 at the upper end. We want to focus in the upper half of that.”

Sony’s high-end phones are facing tough competition from Apple and Sambung and its low-end phones are dominated by Xiaomi. Chief Executive Kazuo Hirai has not ruled out an exit from weak operations, amid a restructuring that has so far seen the company sell off its personal computer division and spin off the TV business. In February, Hirai went on to admit that the Japanese giant would no longer pursue sales growth in smartphones.

This much is certain that the new Xperia Z4 is too little and too late. It may not even be released in all corners of the globe.