The mission to ‘end software’ was started somewhat in late 1990 by Marc Benioffby selling his customer relationship management (CRM) solution over the Internet. His software as a service (SaaS) model has upheaval the industry and have been successful in maintaining the resonance with reference to being economic, clever and swift.

This initial concept which budded up two decades ago is still being starred as ‘cloud’ and has lead to great confusions as the present market is highly saturated with different types of cloud services.

We are well aware that business applications in the cloud are referred to as SaaS and the infrastructure that supports those applications is broadly known as IaaS (infrastructure as a Service). Microsoft’sWindow Azure and Amazon Web Services (AWS) are he examples of IaaS.

Saas and IaaS both can be delivered in public, private or hybrid. The choice is entirely yours to decide which is the best cloud for you.

Simply not being engulfed by the glossy ad campaign for the cloud and articles for future technology, software companies are targeting the business owner. Determining which type of the cloud is optimum for your organization is just as important as any other IT function. Looking at the today’s competitive scenario you have to take the decision sooner or later. 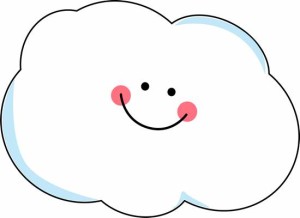 The figures speaks for themselves:IDC envision a 25 % swell in cloud spending including software, services as well as infrastructure this year itself, touching more than $100 billion.

Cloud can provide number of benefits.

To give your business the cloud smile contact us