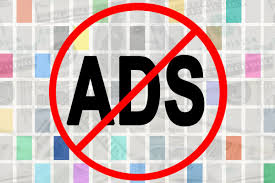 Despite all the controversy, Google’s flipflops on the issue – first trailing ad blockers from Google play and then restoring them- added to the public flap.

The result has seen a vital upsurge in general interest : 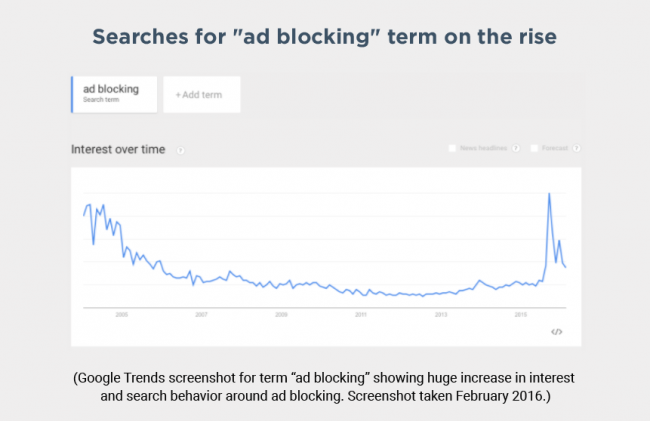 This upsurge has not taken place in vacuum. With other drivers, it has been animating the install rates of more than 63 apps and browsers on the iOS App store as well as Google Play which enables ad blocking. 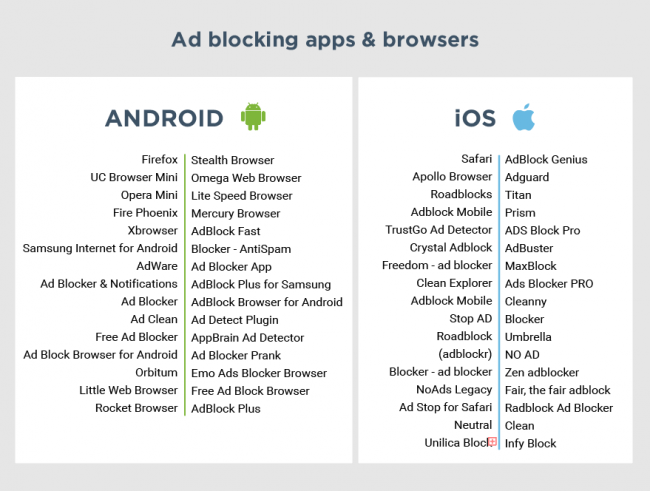 This is really a matter of concern for both advertisers and publishers, as there livelihoods, to a great extent depends on the viability of advertising as a marketing method in one aspect and as a mean of revenue on the other. This has initiated the CEO of International Advertising Bureau to call the Ad block Plus, which is a leading ad blocking solution, as “deceitful”, “unprofessional” and even “immoral.”

However ad blocking, violates that implicit and unspoken contract. But still there is some good news.

The sloppy little secret of ad blocking technology is not that, very effective, on mobile. It is seen that the nature of how the consumers are interacting with their smartphones, tablets and fablets allay any rise in ad blocking app install rates.