According to a news report there are more than 24% of smartphone users in US who have installed an ad blocking app or browser. Analyzing the scenario, the current rate can hike to 80% by the third quarter of 2017.

There was a survey conducted on 4000 people and it was revealed that one in four smartphone users have already got browser or apps installed that can block ads. This is no doubt, higher than expected but more appalling is the pace of installs that is accelerating. 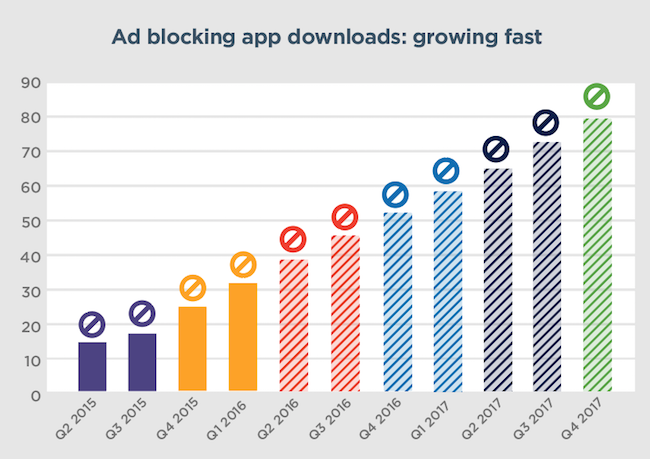 10% of the ad blocking app have been installed in the previous four to six months and similar number has been reported between seven and twelve months ago. However the most horrifying is that a massive 30% said that they had got an ad blocker in the last three months- now this is a tremendous leap, almost more than a three fold jump. 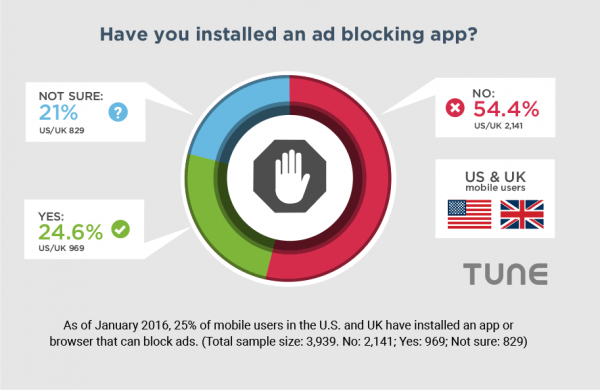 Now if you are looking for someone to put the blame on, you might and should consider Apple.

The moment, Apple released the version in September last year of its mobile operating system, ad blocking on mobile has been a colossal topic of debate.

It was Howard Stern who complained about ads. The NBC also had as argument on the prime-time mainstream media segment o the issue.

Despite all the controversy, Google’s flipflops on the issue – first trailing ad blockers from Google play and then restoring them- added to the public flap.